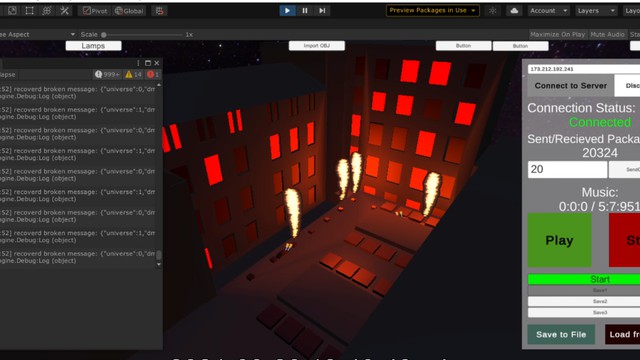 Technical concept : Usual ArtNet packets are too large to send via internet. While light consoles send 30, 60 or more packets per second, it remains unclear how many are needed to create a light-show in VR. However, once a user is outside the internal network and participates in a live event with own VR-hardware, these control signals have to be transmitted via the internet. To cope with this problem an editor/control-room software was developed. It receives control packets via the lighting-desks network and sends them to our system. The editor also functions as a visualizer for designers. Is the XR-app already built, last minute changes can be made, such as fixture positions etc., a usual procedure of real show setups. The users will download the changes as an update. An additional operator can engage as a controller to receive diagnostic data, while configuring the data rate or other parameters live.

Visual concept : For a test event, a storytelling for the facade of the Carl-Bosch Gymnasium in Ludwigshafen was developed within one week. Playing with the conditions of the building, e.g. backlighting of windows and direct lighting of the façade, was the main focus. The concept was realized with 65x LED Pars/Bars/Floods, 4x Martin Mac 2000 Profile II, 10x TBF Spraymaster, 2x MagicFX Flamaniac and a control mix of grandMA3 onPC CommandWing, Resolume Arena. The broader topic of the installation of today´s event technology students was the pleasure to returning to their former school and joining in their school-event-workshop, to revive the closed building with a 5 minute looped light show. Starting with the representation of the pandemic situation with a harder rhythm of red and yellow lights and flamethrowers, a middle section reflecting prohibited events and a cheerful ending hoping for a swift end. 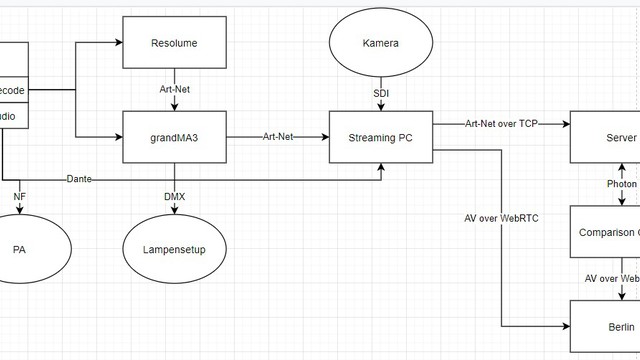 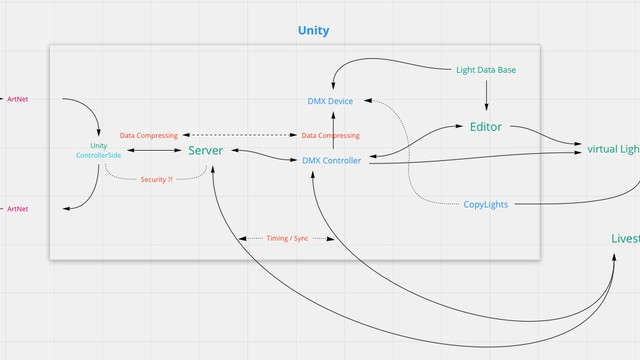